The two My Private Jet formulas that I own are pretty different from each other.  This is the fourth time that OPI has released My Private Jet.  I don't own the first or second release, only the third and now the fourth.  The third formula is a chocolate brown with holo flakies.  The fourth Infinite Shine formula is a lighter more greyish-purplish brown than the third formula and it has little holo flakies and also is also a linear holo.  The linear holo didn't show up under my lights, but I'm hoping it will be noticeable in direct sunlight! 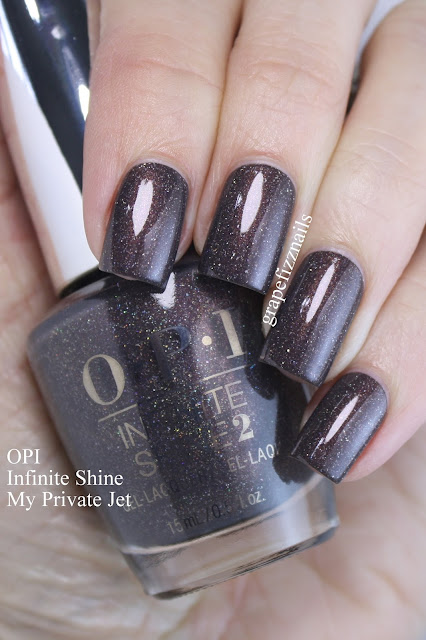 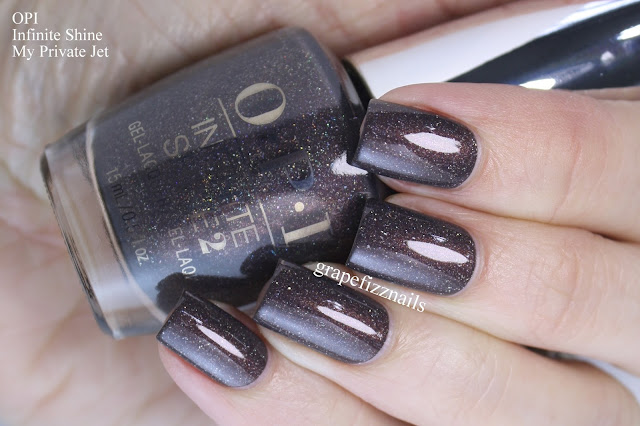 If you want to see my post on the third version of My Private Jet, click here.

Do you have any versions of My Private Jet?

Have a great day lovelies!

I looove your comments! They make me happy, keep 'em coming! I'd love to check out your blog too, please email me, grapefizznails@yahoo.ca

Grape Fizz Nails
Hey Dolls, I'm Anne. I'm the nail polished obsessed Mama behind Grape Fizz Nails. Thank you for stopping by, please email me if you have any questions! Anne at grapefizznails@yahoo.ca

Promote Your Page Too

A few of my mani's for ya